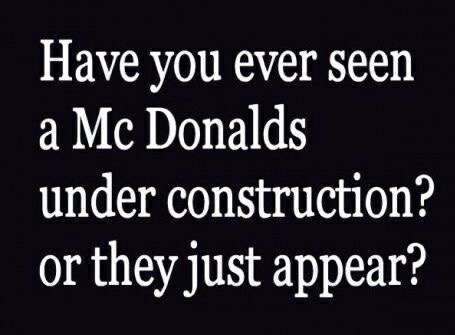 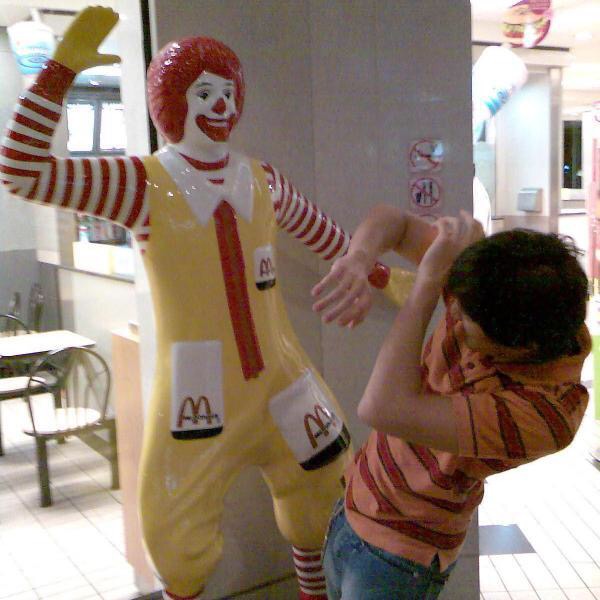 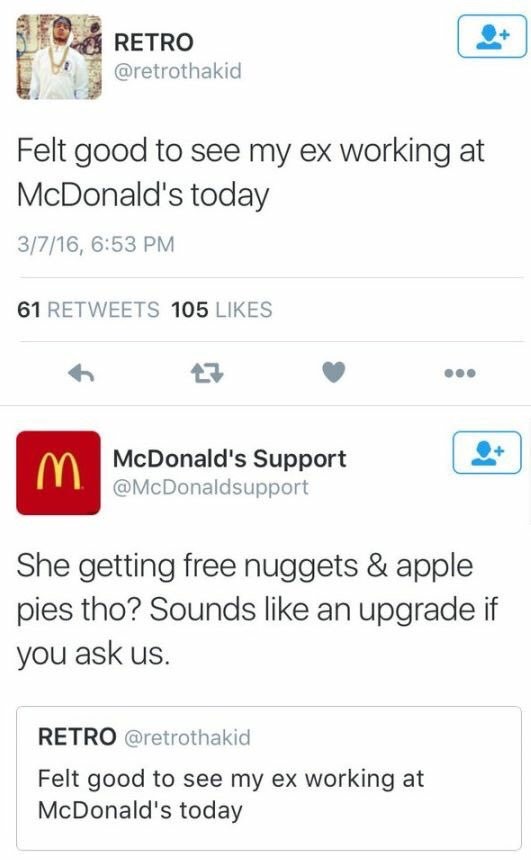 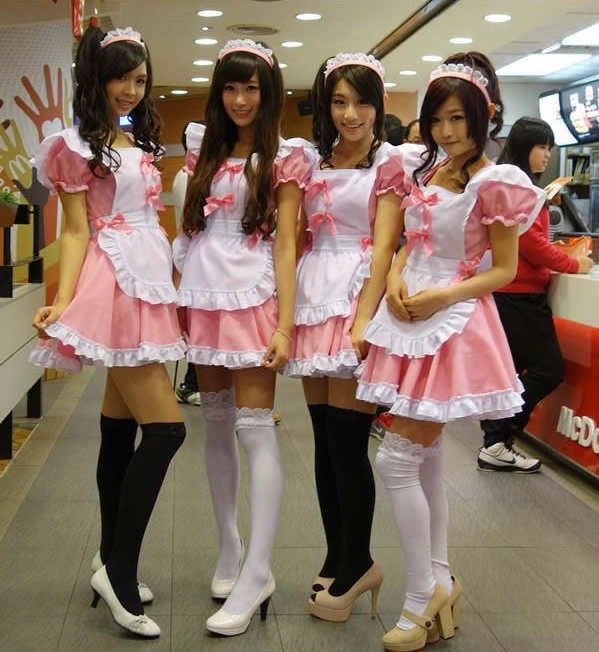 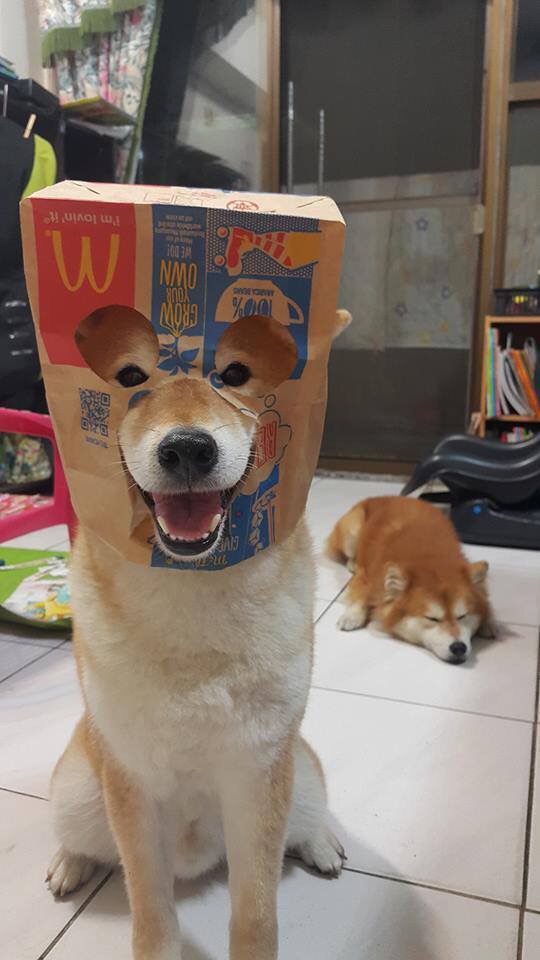 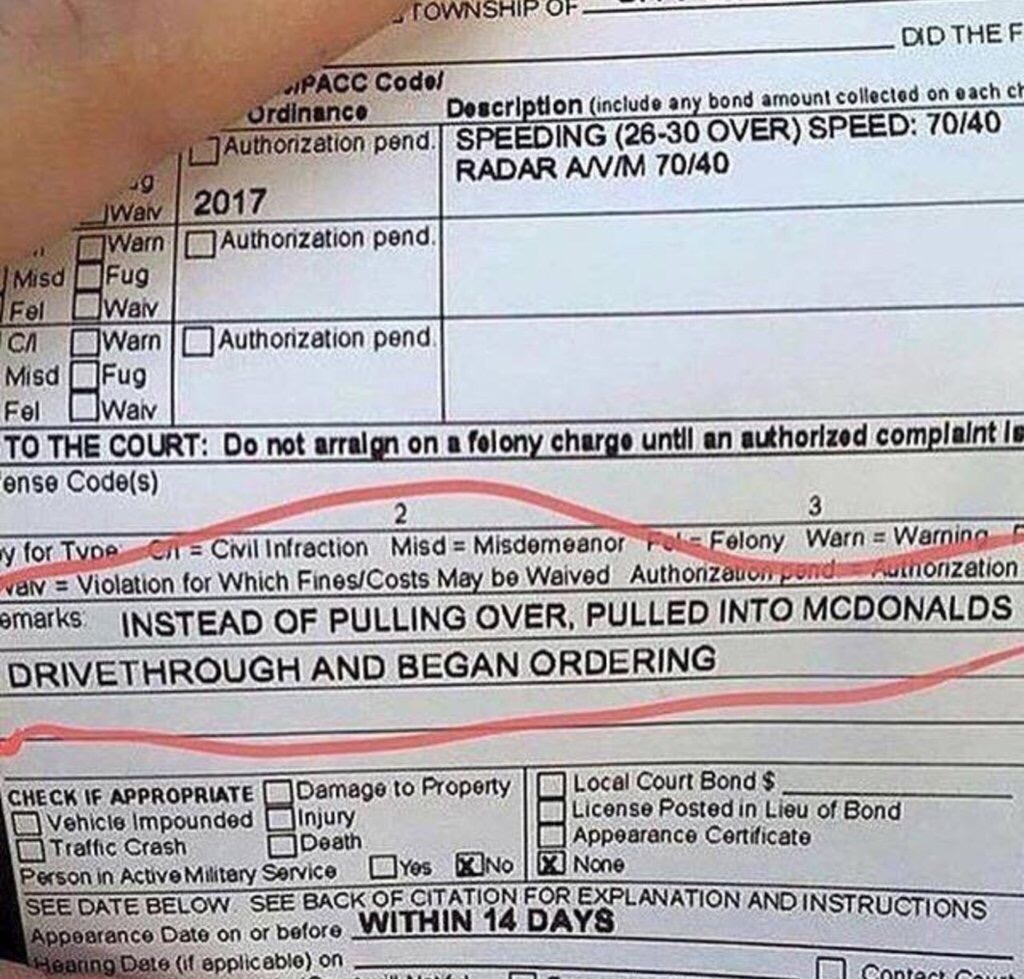 A young man saw an elderly couple sitting down to lunch at McDonald’s. He noticed that they had ordered one meal, and an extra drink cup. As he watched, the older gentleman carefully divided the hamburger in half, then counted out the fries, one for him, one for her, until each had half of them.  Then the old man poured half of the soft drink into the extra cup and set that in front of his wife. The old man then began to eat, and his wife sat watching, with her hands folded in her lap.  The young man decided to ask if they would allow him to purchase another meal for them so that they didn’t have to split theirs.  The old gentleman said, “Oh, no. We’ve been married 50 years, and everything has always been and will always be shared, 50/50.”  The young man then asked the wife if she was going to eat, and she replied, “Not yet. It’s his turn with the teeth. 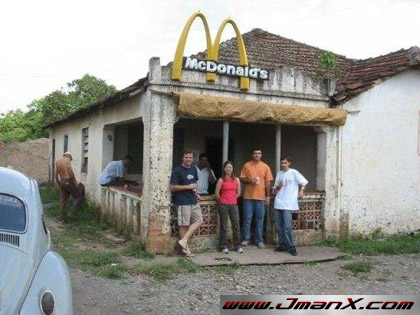 Japanese McDonald ads remixed into what it looks like to go mad.